The Amazon is a 4,400-mile river system with thousands of tributaries covered by a broadleaved forest that provides home to over 160 separate indigenous societies and refuge to millions of species, many of which are still to be described. Pink River dolphins, Jaguars, Tamarin Monkeys and thousands of birds and butterflies inhabit the waterways, jungle floors and in the canopy’s high in the tropical forests. Sleeping under a star filled tapestry while listening to a nocturnal chorus of Jungle sounds highlights the grandiose of this species-rich biome. Travel to this part of Colombia may be slightly involved but the rewards are endless in the world’s most important ecosystem.

Contact .
One of our Destination Specialist to begin your tailor-made trip. 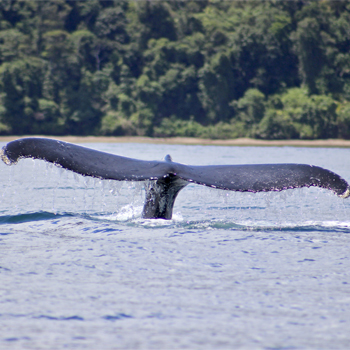 Whale watching in the Pacific Coast

The whales are humpbacks often considered the most emblematic of the whale family, growing up to 18m and weighing over 25 tons. The season in Colombia runs from July through to November and this section of Colombian coast is some of the best in the world for spotting these amazing creatures.